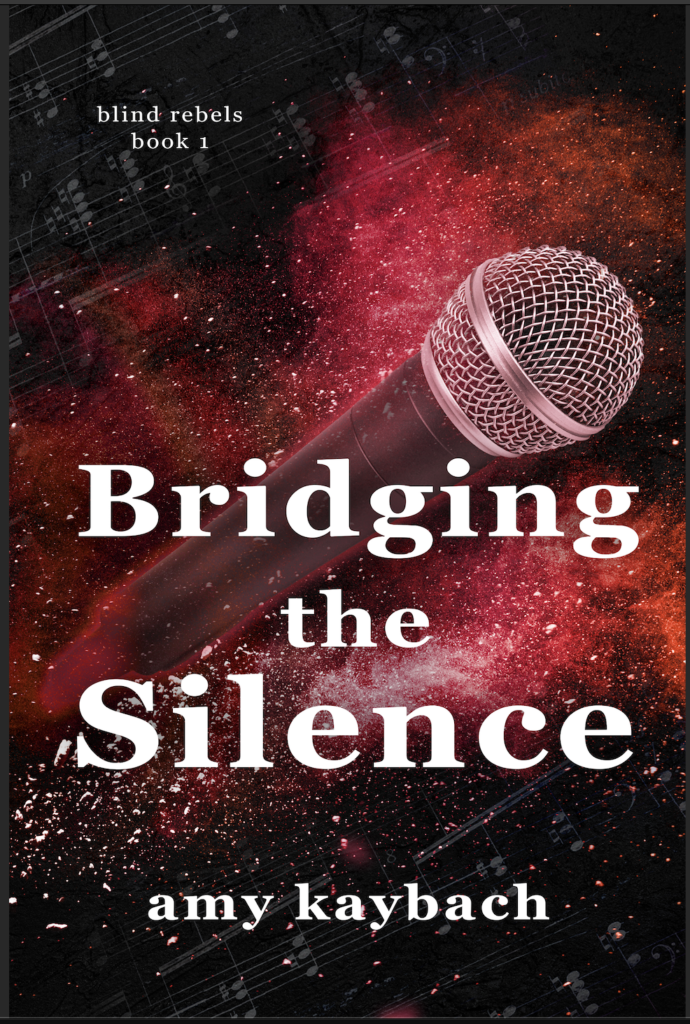 I received this book for free from Author in exchange for an honest review. This does not affect my opinion of the book or the content of my review. 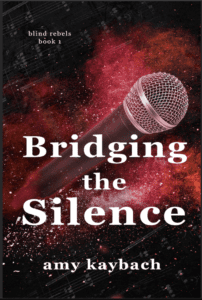 The first book in the Blind Rebels rock star romance series follows Kady, a broken ex-popstar trying to rebuild her life after suffering a devastating traumatic event and Mav, the charismatic lead singer of world famous Blind Rebels, who has been talked into doing a reunion residency in Las Vegas a year after the band broke up in a very public, very explosive way on stage.

Kady
I was a pop princess. American royalty. Until my ex, armed with a gun, turned my super star existence into a grisly nightmare. Now, living in a prison of self-inflicted silence, I'm battling to break out of my isolation by rediscovering the world from behind a camera lens.

Mavrick
Our band, The Blind Rebels, was globally famous…until our very public implosion. And I know, I share plenty of blame for that after tackling one of my bandmates on stage at Madison Square Gardens. Our label wants us back together. They don’t know our guitarist stole my fiancée and had a child with her.

I didn’t think I could ever trust a woman again…until I met Kady. She’s just as broken as I am, shattered by the heartless actions of another. Can we put our painful, self-doubt aside and learn to trust each other? Or will wounds from the past destroy our chance at true happiness?

This book contains adult themes and may not be for all readers. It is not recommended for audiences who may be sensitive to discussions involving mass shooting, bodily injuries or death, anxiety and panic attacks.

I do want to disclose that I am friends with the author and have been for years – before I even knew she wanted to write a book. That does not in any way color my review of this book – trust me, if I hadn’t liked it, I probably wouldn’t have finished it. Now, on to the actual review.

Bridging the Silence is the first in a four book series about a band called Blind Rebels. This particular book is Mav’s1The lead singer story. Being a singer myself, the singer is nearly always my favorite member of a band. So far, Mav is my favorite out of Blind Rebels as well – and the band isn’t even real! So that should tell you right off how well Mav is written as a character. Now, about those characters.

Mav is the lead singer of Blind Rebels. He and the guitarist for Blind Rebels, Callum, got into a huge fight at Madison Square Garden and the band went on a huge hiatus. Because of that fight, and the reason behind it, Mav is a bit on the jaded side when it comes to both the band and love. He can be your typical rockstar – getting drunk and a bit disorderly. But he’s also not your typical rockstar. I found myself truly enjoying Mav. He was an extremely likeable character, even if he could be a complete jerk at times. But hey, what man can’t be a jerk at times? If you’re familiar with the rock music scene, you’ll love how Mav is written because it’s realistic. Mav doesn’t seem fake and while I was reading, I almost forgot Mav isn’t real!

I admit, I loved Kady. The former pop-princess who goes through a highly traumatic event and comes out the other side battered and a bit on the broken side. Don’t think Kady is completely broken though – she might have been for a time, but she certainly isn’t that way anymore… even if her best friend wants to keep believing she is. One of the reasons I loved Kady was the fact that she could look back on her former career and realize that wasn’t who she wanted to be – it wasn’t who she really is. Again, Kady is written in such a realistic way, I almost forgot that she isn’t real.

Those are the two main characters, so they’re the ones I’ll focus on for this book.

Now… I managed to read this book in less than 24 hours. I actually stayed up until 6AM to finish the book, even though I probably should have gone to bed. But once I started reading, I couldn’t stop. I had to know what was going to happen next. I had to know how the story was going to play out.

Most romances I’ve read, while great for getting me out of reading slumps because they’re usually just a bunch of meet-cute fluff, don’t provide me with a feeling of needing to know what happens. But Bridging the Silence isn’t just your typical meet-cute fluffy romance book. It is gritty, realistic, and talks about issues that might make some people uncomfortable. This is a romance book that has more substance than most romances I’ve read.

When I read this book, I lost myself in it. I was actually immersed in the music industry world in which the characters live. I felt as though the characters were real people instead of just names and brief personality descriptions. The characters actually stand out and honestly, I found myself thinking more than once I wish they were real so I could meet them – that’s how much I loved them.

The plot for this book is typical romance stuff – at least one of the characters has been burned by love. Both are cautious, although for different reasons. But the manner in which that plot is carried out is far beyond what you get from most books. You don’t just get the “so and so cheated on me”2Although there is that… trust me trope, you also have someone going through not just an emotionally but physically traumatic event. Usually romances I read only have one of the main characters burned by love but in this story, it’s both of them, in wildly different ways.

It’s really hard not to tell you what happens in the book, but I’m not going to spoil it for you. This was my first and only 5-star rating for a book that wasn’t an audiobook so far in 2022. If you like Rockstar Romance or you’d like to get into Rockstar Romance, I’m telling you, Bridging the Silence is the book you want to pick up.

Bridging the Silence is available on Amazon and Kindle Unlimited on March 18, 2022. You can also purchase a signed paperback from Amy’s website.