Richard Chizmar, Lisa Tuttle, Norman Prentiss, Kevin Quigley, and Peter Straub unmask monsters hiding in plain sight in an anthology of heart-pounding short fiction assembled by horror author and editor Brian James Freeman.   DEVIL’S NIGHT by Richard Chizmar You’ve read about what happened that night. What you don’t know is the true extent of the damage. The papers got it wrong—and the truth is so much worse than you thought.   THE LAST DARE by Lisa Tuttle Elaine hasn’t been back to her hometown in years. The house she lived in is gone. The tower house isn’t—nor are the stories of the fate that befalls whoever dares to go there.   THE HALLOWEEN BLEED by Norman Prentiss People think there’s some sort of mystical power that allows enchantments and witchcraft to come to life on Halloween night. But real magic obeys no calendar—and true evil strikes whenever it’s least expected.   SWING by Kevin Quigley In Hollywood, everyone lives forever. At least that’s what I used to think . . . before Jessica. But no one seems to live long when they’re around me.   PORK PIE HAT by Peter Straub When it comes to jazz, there are players, and there are legends. “Hat” was a legend. His real name didn’t even matter. Still, he had his secrets—secrets best left buried in the past.
Praise for Halloween Carnival Volume 5
“This miniature cavalcade of spine-tingling and thought-provoking horrors lives up to its name and is the perfect Halloween treat.”—Publishers Weekly (starred review)

You would think with a high profile author like Peter Straub contributing to this anthology, it would have been better. But nope.

We start off with Devil’s Night. It wasn’t the greatest story, but it wasn’t a horrible one either. It was a little bit on the messy side, but hey, it was a short story by an author I’ve never heard of before. The slight plot twist was pretty cool but I felt the ending was a bit on the rushed side, like the author ran out of steam or ideas and just wrote whatever came to mind first.

The Last Dare is, well, weird. Every city/town has that one house that everyone says is haunted. This one has a house with a chest that apparently eats kids? I was never quite sure what was going on with this story, to be honest. And the ending just left me completely unsatisfied because I couldn’t figure out what was going on. Not a fan of this one at all.

The Halloween Bleed was another “huh?” story for me. I spent a good portion of the time trying to figure out what was going on. It seemed to me by the end it was some sort of “wizard vs witch” magic shootout? I honestly have no idea and honestly, I was so bored during this story I don’t want to know.

Swing was… interesting. Honestly, it seems to me that it was written from the perspective of a Grim Reaper who deals exclusively in suicide victims. Which was pretty cool. It also seemed to me that said Reaper wasn’t particularly thrilled with his or her job and was quite sad about it. I liked this one, but it wasn’t enough to save this book.

And last but not least, we have Pork Pie Hat. I would have thought a story by Peter Straub that took up almost half the book would have been better. Instead, I found myself bored and wondering when the story would be over. The only logical explanation I can come up with is that this is one of his early works. Because otherwise, I just can’t with this story.

This one was just as bad as Volume 4. It gets 1 star because it just wasn’t a good anthology for Halloween stories. 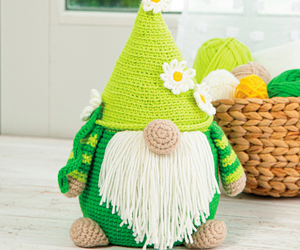