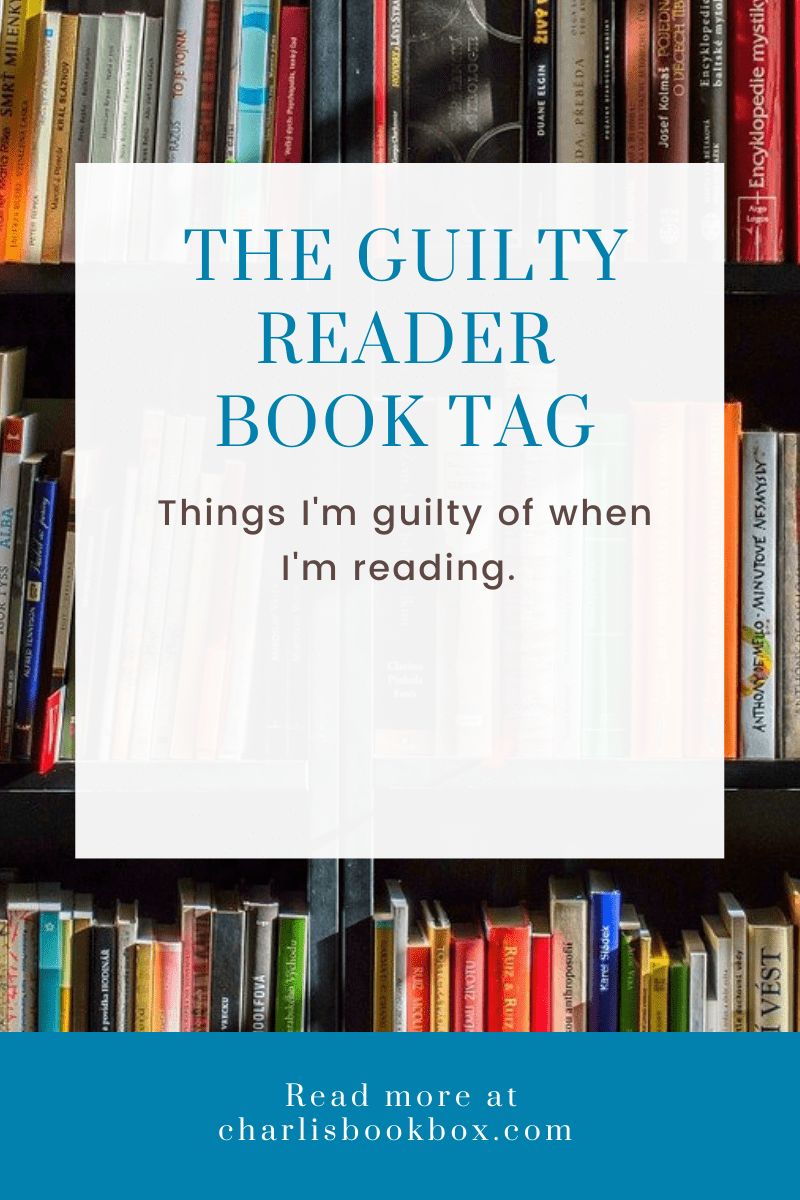 I found this book tag over on Misty’s Book Space, but it originated with Chami at Read Like Wildfire on YouTube. So on with the questions.

Question 1: Have you ever re-gifted a book that you’ve been given?

I actually don’t tend to get books as gifts, I usually get gift cards to Barnes & Noble or Amazon instead, so no, I haven’t.

Question 2: Have you ever said you’ve read a book when you haven’t?

Question 3: Have you ever borrowed a book and not returned it?

Yes, but not intentionally. The first time, the book fell out of my bag at school and it was never found. The second time, I was getting ready to move and the people helping me pack weren’t paying attention and packed the books. The final time, I actually had returned the books and was even able to find them on the shelf, but the library still didn’t believe that I had returned them. That one ticked me off because the library only owned one copy of each of the books I was accused of never returning and it was clear that the copies I’d found on the shelves were way too old to have been the replacements.

Question 4: Have you ever read a series out of order?

Not on purpose. I have when I haven’t known it was a series that had a specific order, but I’ve never purposely read them out of order. In fact, I often wait until I know that the series is done to start reading them.

Question 5: Have you ever spoiled a book for someone?

I have on accident because I was reading along with someone and they’d been less than honest with me about where they were in the book. We were discussing the book and she finally admitted she hadn’t read as far into the book as I had. She wasn’t mad though, she was curious to see exactly how everything went down. We also spoiled the book at my book clubs because people will literally show up not having read the book yet.

Question 6: Have you ever dogeared a book?

Yes. I do it quite often with paperbacks. I’m talking those little mass market ones that fit in your purse. Half the time I don’t have a bookmark with me when I read one of those, so I tend to dogear those pages. I don’t dogear my hardcovers or my “full size” paperbacks though.

Question 7: Have you ever told someone you don’t own a book when you do?

Question 8: Have you ever skipped a chapter or section of a book?

I often skip the acknowledgements and notes from the authors. I don’t really care about them, even though they’re in every book. I just don’t care who helped the author write or edit the book. But if the chapter or section is part of the story, no, I don’t skip those.

Question 9: Have you ever bad mouthed a book you actually liked?

Anyone who wants to do it. I’m lazy. I don’t feel like going through my favorite book bloggers at the moment, so I’m going to just let everyone do it if they haven’t and they want to.