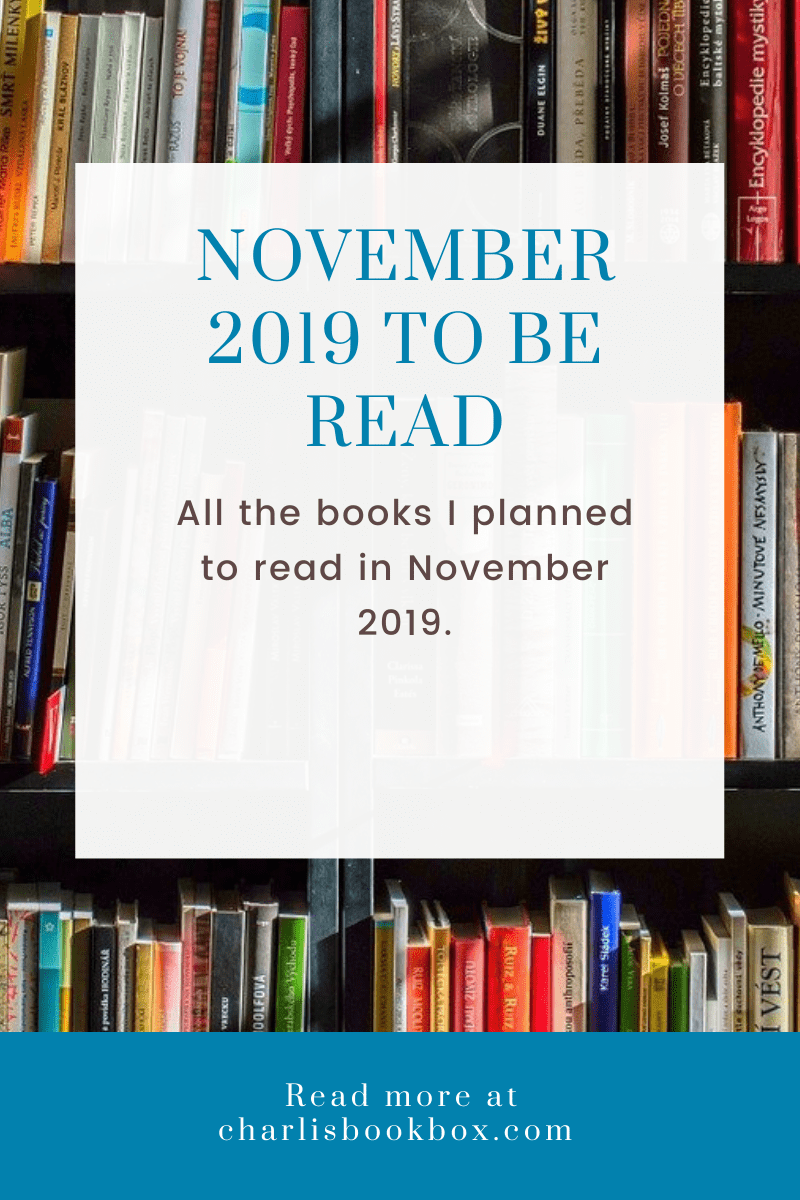 This month I’ve got a few things on my TBR list, but I can’t say whether I’ll be able to get to them thanks to this blasted eye. My eye doctor and I have determined that it is episcleritis, which is thankfully more just annoying than actually harmful. However, when the back and forth motion your eyes make while reading hurts your eyes… UGH…. so…

Books I want to finish this month:

Books I want to get read this month:

I know this is ambitious, but I have faith in myself. After all, in October I read 12 books and finished 3 audiobooks for grand total of 15 read. This is just 13 total. I might add in the December YA Book Club pick but I won’t know until I actually find out what that book is.

What do you have on your TBR for November?