Hello again everyone. I’m back with another blog tour – this time I’m featuring The Q by Amy Tintera, a post-apocalyptic YA science fiction novel. Read on for more information on the book and my review of it.

In this action-packed adventure from a New York Times bestselling author, two teenagers from opposite worlds must fight their way through a vast walled quarantine zone in a dystopian America toward their only chance for survival.

Seventeen-year-old Maisie Rojas has spent her entire life in the Q—a post-pandemic quarantine zone that was once Austin, Texas. Born and raised behind the high security walls that sealed their fate, she's now a trusted lieutenant for one of the territory's controlling families.

Lennon Pierce, the charismatic son of a US presidential candidate, has just been kidnapped by his father's enemies and dropped out of a plane into the Q with nothing but a parachute strapped to his back. Lennon is given a temporary antidote to the disease and crucial intel for his father, but Maisie must get him out of the zone within forty-eight hours--or he will be permanently infected and forced to remain.

With unrest brewing both inside and outside the Q, reaching the exit is a daunting and dangerous task. But if Maisie and Lennon fail, it could mean disaster for the entire quarantine zone and its inhabitants—and could cost Lennon his life.

Strap in for breakneck action and compelling characters in this timely, nonstop thriller.

If you don’t know by now, I love a good thriller – YA, adult, you name it, I’m probably going to at least try it. But with this one, we also have the science fiction bent with the post-apocalyptic style which was intriguing to me.

There are a lot of characters in this book. Some play bigger roles than others, as always. I’m going to detail three characters here that I feel the need to talk about.

Maisie Rojas is our female main character and she’s a great one. The daughter of the former second-in-command of the southern part of The Q, everyone expected her to take over when her father passed away. Unfortunately that didn’t happen (although it should have). She was born in The Q and has never seen the outside world. There’s a plot twist that happens regarding Maisie’s character, one that I’m hoping might lead to at least one sequel for this book. You’ll come to love Maisie as she can be sweet and caring but tough as nails when she needs to be.

Our male main character, Lennon is a spoiled rich boy who ends up in The Q – not by his own doing either. At first it seems like he’s going to be a totally unlikeable character, but he turns out to be very likeable – if not loveable. I really enjoyed his character and seeing a side of him that the outside world never got to see. Plus the plot twist with him at the end makes me, again, hopeful for a sequel.

This character you will come to absolutely despise and if you don’t… I’m not sure if we’re reading the same book. Honestly, this guy is a total jerk1Douchebag, really.. I found myself wanting to punch him squarely in the face and somewhere else… just saying. There’s a really funny interaction between Declan and Lennon that will have you snickering – at least it did me.

So this book is set entirely in a quarantine zone that is known as The Q to its inhabitants and the outside world alike. The description of a post-apocalyptic-type Austin, Texas was compelling and made me realize that they’d crammed all these people who had contracted this virus into one city and expected them to stay there basically forever.

The Q is divided into five sections – there is the South, East Spencer, West Spencer, Val’s Territory, and Northgate. The South is “ruled” by the Lopez family while the North is divided into four territories run by various members of the Spencer family. You’ll come to appreciate this information more when you read the book.

The atmosphere is great – you’ll feel like you’re actually there or can at least picture it.

This book is excellently written. The writing style is easy to follow and flows beautifully. You aren’t left wondering what happened or, as I’ve found with some authors, wondering if the author actually knows how to put sentences together2Sadly, I’ve seen this more than once.. Everything moves along and we don’t bounce back and forth in time, so you’ll always know what’s going on and where you are. Definitely great writing.

This book has wonderful plot. It wasn’t a war that caused this post-apocalyptic version of Austin, Texas – it was the US Government preventing a pandemic by quarantining all of the people who’d contracted a new virus in Austin, Texas. Then the son of a presidential candidate (Lennon) is kidnapped and dropped into the quarantine zone – a quarantine zone the US Government has never allowed anyone to leave… but they’ll let this person leave. The journey to get Lennon to Northgate so he can leave before time runs out is harrowing and fun.

There is a bit of intrigue to this book. We have a mysterious helper in Northgate who has been helping the South, but we don’t know who he is or why he’s helping them. We also have some intrigue when it comes to certain events that I won’t talk about… and yes, we do get answers to both things, so you won’t leave the book unsatisfied in that respect.

This book moves in a logical manner from beginning to end. You won’t have to pay too much attention to where you are – just note that the chapters change viewpoints. The only viewpoints I recall seeing are Maisie and Lennon’s and it seems to change each chapter. Other than that, you won’t have to wonder what’s going on because of some weird side-quest that doesn’t fit the plot. Anything you find in this book logically fits into the story where it is.

I loved the ending of this book. Total plot twist that I kind of saw coming, but wasn’t sure would actually happen until it did. There were actually two ways I saw it ending, so I had to wait to see which one would come to pass. The ending leaves us in a place where the story could end there, but certain things that have happened in the book also leave us in a place where it’s possible to put a sequel into the mix. It was a great ending and I enjoyed it.

Amy Tintera is the NYT bestselling author of thrilling novels for readers of all ages. Her books include the Reboot and Ruined series, and All These Monsters, a YALSA Best Fiction for Young Adults selection. Her novels have been translated into 16 languages and sold into more than 20 territories.
She earned degrees in journalism and film and worked in Hollywood before becoming an author. Raised in Austin, Texas, she frequently sets her novels in the Lone Star state, but she now lives in Los Angeles, where there’s far less humidity, but not nearly enough Tex-Mex.
Her next book, The Q, will be out November 8, 2022 from Penguin Random House. Her adult debut, Listen for the Lie, will be published in early 2024 by Holt/Macmillan. 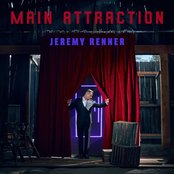 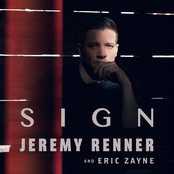 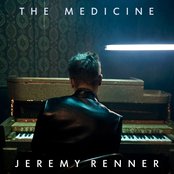 I have reviewed 0 books so far this year.