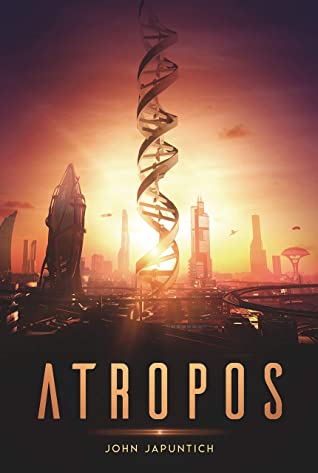 I received this book for free from Reedsy Discovery in exchange for an honest review. This does not affect my opinion of the book or the content of my review. 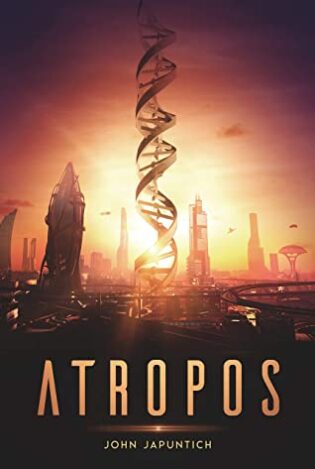 "A 5-star read great for fans of science fiction, mystery, and anyone who likes the two genres mixed"--Charli Gamble, Charli's Book Box.
The aftermath of the virus left the world in shambles. Humanity was centuries recovering. The devastation was caused not by pestilence and death as in past plagues, but by immortality, vitality and infertility. The pandemic was so transformative that it became known as simply the Event.
John Fitzpatrick, retired FBI agent, is consumed with exposing what, or who is behind the Event. As John looks for answers, he must navigate a new world created by the Event, decades of world-wide depression and war, messianic cult leaders, and a meddlesome AI.
Civilization survives the Event depression by uniting under one government. The Federation of Nations is led by a charismatic economist who restructures the world economy to focus on one goal: interstellar colonization. Centuries later, John's obsession with the cause of the Event leads him to discover the forces behind the Event may threaten the launch of humanity's first interstellar ship, Atropos, and plunge the world back into darkness.

I chose this book through Reedsy Discovery based solely on the description. I loved the thought of a viral component to gaining immortality as well as becoming infertile. I was curious to see how the world would react to something like that. I wasn’t disappointed.

So what we know about the virus in the beginning is that it is highly contagious, it provides the infected immortality, and that it renders the infected infertile. So while everyone gets the chance to live forever1, no one gets to have children anymore. Kind of sucky but at the same time, do we really need a world full of immortal people who are also having kids and overpopulating the planet? This was a great virus idea. Most viruses do bad things to people, they don’t do anything that could potentially be seen as good. Of course, whether or not being made immortal and infertile is a good thing is subjective, but hey, it’s better than the virus killing everyone off, which is what most books involving a type of plague do.

Ok, I’m going to try not to give much of this away, but let me just say this – a ship capable of interstellar travel to colonize a planet in another solar system may not be new, but the way in which it is handled in this book is. Usually, we come into the story either on the way to colonize the planet or with the planet already colonized. This book doesn’t do that. Atropos allows us to take the journey from discovery of a new planet all the way to leaving to colonize it. You can’t beat this – and no, I won’t tell you where the planet is, what they named it, or how long it will take them to get there. That, you’ll have to find out for yourself.

Another interesting part of the space aspect of this book is that it has a unique way of getting people into space. I won’t give it away, but it’s pretty interesting.

The characters in this book are great. I loved Mary Ann Jones, John Fitzpatrick, and even Zacharia Jones. I wasn’t overly fond of Nathan Daniels or Ken Takahashi, but we can’t like everyone. I was surprised to note that the two characters I don’t care for also don’t have too much to say during the book, which is nice, because that meant I didn’t have to listen to them.

I’ll be honest, because Zacharia’s character grew and evolved so much during the book, I actually liked his character the best. You won’t see his character all the time, but when you do, I think you’ll be impressed with him as well.

I also really liked John Fitzpatrick because he’s like a bulldog. He grabs something and won’t let go of it. You can tell because he spends the entire book trying to figure out who is behind the Event.

You won’t see this twist coming. Believe me, I sure as heck didn’t. If you’d asked me who was behind the Event, I’d have said Nathan Daniels and Ken Takahashi. And that’s all I’m going to say about that – except that this twist is brilliant.

Atropos was a great debut novel for John Japuntich. I can’t wait for there to be a sequel2 because once you read this book, you’ll know that it needs a sequel.

A 5-star read great for fans of science fiction, mystery, and anyone who likes the two genres mixed.