An Amazon Best Book of 2019 * New York Times Bestseller * B&N's YA Book Club Pick * Indiebound Bestseller * #6 on the 2019 Kids’ Indie Next List
"A brilliant debut, full of everything I love: a sparkling and fully realized heroine, an intricate and deadly system of magic, and a searing romance that kept me reading long into the night. Serpent & Dove is an absolute gem of a book." —Sarah J. Maas, #1 New York Times bestselling author of A Court of Thorns and Roses series
Bound as one, to love, honor, or burn. Book one of a stunning fantasy trilogy, this tale of witchcraft and forbidden love is perfect for fans of Kendare Blake and Sara Holland.
Two years ago, Louise le Blanc fled her coven and took shelter in the city of Cesarine, forsaking all magic and living off whatever she could steal. There, witches like Lou are hunted. They are feared. And they are burned.
As a huntsman of the Church, Reid Diggory has lived his life by one principle: Thou shalt not suffer a witch to live. But when Lou pulls a wicked stunt, the two are forced into an impossible situation—marriage.
Lou, unable to ignore her growing feelings, yet powerless to change what she is, must make a choice. And love makes fools of us all.
Set in a world of powerful women, dark magic, and off-the-charts romance, book one of this stunning fantasy trilogy will leave readers burning for more.


I’d been hearing about this book on Bookstagram, BookTube, and BookTwitter as an anticipated release for September 2019. And then the Barnes & Noble YA Book Club chose it as the book for the October 10, 2019 meeting. So of course, I picked up a copy as soon as I had the money. I’m definitely not sorry I did.

Serpent & Dove is Shelby Mahurin’s debut novel. As such, it does suffer a bit from “first book syndrome” where the story starts off rather slowly and takes a bit to get into. In fact, the only reason I stuck it out was because when I went in to purchase November’s YA book club book, the bookseller who was helping me with my purchase told me she’d read the book and that it should start getting better around page 125. It took me a little longer than that – I had to get to page 239 before I really to go that “I need to keep reading, I have to know what’s happening next” stage. But each reader is different.

Shelby Mahurin doesn’t use a flowery or pretty writing style. I noticed that while she uses descriptions, she doesn’t rely on them as much as other authors (Stephen King, I’m looking at you). I found that there was a perfect balance of descriptions, dialogue, and action.

As far as characters go, I love Lou and Reid. I can’t stand Morgane, Andre, or Grue. Jean Luc is OK, but I’d love to throttle him half of the time. I like Coco and Ansel a lot as well. I don’t want to get into too much detail because honestly, I feel like describing any of the characters would end up as a spoiler.

All in all, I gave the book four stars because the writing and characters are solid. The reason it doesn’t get a full five stars is that it does start out pretty slowly and a bit frustratingly as far as lack of backstory goes. While those things are revealed later, I found myself irritated that these things were being mentioned, but I had no clue what was going on.

I will say that as Shelby Mahurin has announced the title of the sequel to Serpent & Dove as being Blood & Honey, I am eagerly anticipating the second book’s release, whenever that may be. 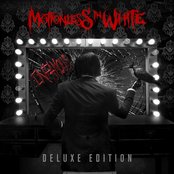 You Keep Me Hangin On
Kim Wilde
1 day

I have reviewed 32 books so far this year.